Direct and indirect pronouns in italian with exercises | ELLCI

Direct and indirect pronouns in Italian

Direct and indirect pronouns in Italian

Posted at 10:37h in Grammar tips by Michela Gatti 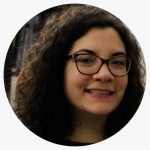 Ciao,
I am Silvia, teacher of Italian L2/LS in ELLCI Milano. Today we are going to talk about direct and indirect pronouns in Italian. Though pronouns may seem like simple, little parts of speech and grammar, how they are used can have a big impact.

Chi spiega i pronomi?/ Who explains the pronouns?

Sometimes they can be very complicated, but you will see that after reading this article, the Italian pronouns will no longer have secrets!

Let’s start with a simple question: what is a pronoun? A pronoun is a variable part of speech that allows you to replace, and therefore not repeat, a name. Just like in the initial example, where “li” replaces the word “pronouns” in the previous question and this allows you to avoid a bad repetition.

The difference between direct and indirect pronouns with exercises

But what are the direct pronouns? In the following table, you will find a list and some examples.

What happens if I use a direct pronoun with a compound verb, for example, the past tense?

The past participle must agree with the direct object when I use a direct third-person pronoun (singular or plural, masculine or feminine).

“Hai mangiato il gelato?” “Sì, l’ho mangiato”/ Did you eat the icecream? Yes, I eat it.

“Hai mangiato i biscotti?” “Sì, li ho mangiati”/ Did you eat the biscuits? Yes, I eat them.

As you can see, the past participle changes with the change of the direct object. In addition, with the pronouns LO and LA, the use of the apostrophe is also indispensable, if these precede the verb “avere”/to have. This happens with all compound verbs, that is, those formed by the auxiliary avere and the past participle (for example the past tense, the future perfect, the past subjunctive and the compound conditional).

⚠ the direct pronoun LO is also used to replace an entire sentence, as in the following example:

What are the indirect pronouns? Here is a table with some examples:

As you can see from the examples in the table, the past participle in the compound tenses doesn’t agree when we use an indirect pronoun and the apostrophe is never used.

Indirect pronouns are the ones we commonly use with the verb piacere.

Example: Ti piace il gelato? Sì, mi piace. /Do you like ice cream? Yes I like it.

In this example the pronouns TI and Mi are indirect pronouns and “Il gelato” is the subject. Other similar verbs are to mancare/to miss, servire/to need, sembrare/ to seem, bastare/ to be enough.

THE POSITION OF DIRECT AND INDIRECT PRONOUNS IN ITALIAN

Direct and indirect pronouns usually precede the verb. Let’s go back to this example:

Chi spiega i pronomi?/ Who explains the pronouns?

Be careful though: if I am using a modal verb (DOVERE/to must, POTERE/ to can,  VOVERE/ to want) I can choose whether to put the pronoun before or after the verb.

“Chi porta le bambine in piscina?” /”Who takes the girls to the pool?”

In this case, both answers are correct, because there is a modal verb. Just remember that if you decide to put the pronoun after the verb, this binds to the infinitive verb (which loses the final -e).

There are other cases in which the pronoun is positioned after the verb: with indefinite ways (infinitive, gerund and participle) or in some cases with the imperative. But we will talk about this in another article.

In the meanwhile, you can join  our online Italian courses