Posted at 09:41h in Grammar tips by Michela Gatti 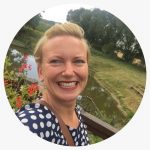 Hi, my name is Anna, L2 / LS teacher in ELLCI Milano and today I will tell you about a beautiful report: the Italian future tense.

Someone once said, “I am very interested in the future: that is where I will spend the rest of my life“. And how can you blame him? The future, for all of us, is full of surprises. But it is not in grammar, because here it has its rules like all the other tenses.

How is the future formed in Italian?

First, let’s see how the future is formed in Italian. With regular verbs, we remove the ending are ere and ire from infinity and add the specific endings of the future in Italian.

The future of auxiliaries essere and avere is irregular.

Some irregular verbs follow the same rules. To form the future in Italian of the verbs andare/ to go, avere/ to have, potere/ to can, dovere/ to must, vedere/ to see, vivere/to live  you must:

When and how do you use the Italian future tense?

Unlike other languages, we use this time a little less to say what we will do or what will happen tomorrow or in a week, preferring the present because, in Italian, the future gives more the idea of ​​a project, of something I am thinking of to do (but of which I am not yet sure).

If a friend says to you “In estate andrò in Sicilia”/In the summer I will go to Sicily” it means that he is planning this trip, most likely he will go there, but it is not the same thing as when he says “In estate vado in Sicilia/ In the summer I go to Sicily”, because here it means that he will do the travel, has already bought the plane ticket and paid for the hotel.

How many times has it happened, before a football match, to think “Vincerà il Milan/Milan will win” and to hear your friends answer “No, vincerà la Juventus/No, Juventus will win!”? And how many times have you checked the weather and stumbled across “pioverà/ it will rain” or “ci sarà il sole/ it will be sunny”? Here’s another use of the future, prediction! Think of a magician and his crystal ball (which serves precisely to predict what will happen) not to forget this use 😉

“Ti prometto che ti amerò per tutta la vita, ti porterò la colazione a letto, faremo dei viaggi bellissimi, adotteremo tanti gatti…/I promise you that I will love you all my life, I will bring you breakfast in bed, we will make beautiful travels, we will adopt many cats …” If you find a person who is committed to giving you all these things, remember that every promise is due and remember that it is also another case in which we need the future!

I told you before that we don’t use this time so much for the real “future”, but instead we use it a lot to make assumptions in the present, to say something that we imagine, we hypothesize.

Saying “Non conosco ancora la mia nuova vicina di casa, ma sarà straniera/ I don’t know my new neighbour yet, but she will be a foreigner” is like saying “probably / maybe she is a foreigner”. If we use the future, we can avoid adding adverbs that indicate probability.

What if you have a doubt or disagree on something? Don’t worry, our time also helps us here!

Have you seen in how many situations the future in Italian gives us a hand to better express what we think or what we want to say? Was I right, then, to say it’s a beautiful tense? And, confess, also very simple (it’s called, in fact, simple future!) For this I want to complicate everything a little, telling you that there is also another future, which is called “compound” composto or anteriore in Italian.

To form the compound future, just put being or have in the future (whether to use one or the other, obviously depends on the verb) and add the past participle to it:

But when to use it?

Imagine going on vacation in mid-August and staying two weeks away. This means that on September 15th

Of course, to make such a beautiful trip  dovrete prima guadagnare un po’ di soldi, quindi partirete solo quando (dopo che, non appena) avrete risparmiato./you will first have to earn some money, then you will only leave when (after that, as soon as) you’ll have saved.

As you can see, they are all future actions that will happen before a certain moment (in our case on September 15) and before another action (saving). This use of the earlier future is called the future in the past.

Do you remember the assumption in the present that we talked about at the beginning? Of course, we can also do it in the past, but in this case, we need the future compund.

What about doubt and disagreement in the past? Of course, here too we can say: “Avrai anche studiato, ma non hai fatto un bell’esame/ You will even have studied, but you have not done a good exam”

If you have come this far, if you have read everything carefully, from today on you will know how to use the future correctly. But, if you want to test yourself, exercises are waiting for you to verify that everything is clear!

Have you always wanted to learn the Italian language, but don’t know where to start? Try our Online Italian courses, starting from two weeks. Reach a level in 6 weeks!