How to count and write numbers in Italian | ELLCI

How to count in Italian

Home > Grammar tips  > How to count in Italian

How to count in Italian

Posted at 10:02h in Grammar tips by Michela Gatti 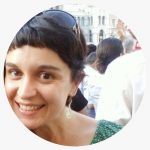 Hi, my name is Ilaria, teacher of Italian L2 / LS at Ellci Milano. In this article we talk about numbers, which are an important part of the lexical baggage of a language: in fact, they serve in many communicative situations, especially at the initial levels. Think about it: without numbers we could not say how old we are, understand a price, buy fruit and vegetables at the market or even simply communicate our address!

Fortunately, unlike other languages, the numbers are not particularly difficult in Italian, because the “irregular” forms are few: if we learn to count up to a thousand, in fact we will discover that the counting proceeds almost always the same way, for all the tens and hundreds.

But let’s see how they are written … nothing complicated, but pay attention to the vowels!

How to write numbers in italian 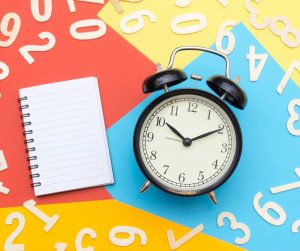 After twenty, we start counting again from one, then

An important thing to remember is that if the number 3 in italian is written rigorously without a final accent, its composed numbers instead have it and it is therefore always necessary to write it (even if the pronunciation is practically the same, therefore it is not possible to understand it only through l ‘I listen):

Another important thing regarding the writing of numbers is that, next to the vowels, the last letter of the tens disappears (is eliminated). This time, however, this applies to both writing and pronunciation. The numbers that begin with a vowel are ONE and EIGHT, so it will be TWENTY and TWENTY (and not twenty-one and twenty-eight). This applies to all the tens, which always end with a vowel:

An exception is CENTO (100), where instead the O is pronounced and written. Even with the number eight: we will therefore have to write two O’s in a row.

The numbers composed of one hundred and from the ten eighty return instead to elide the final vowel ‘O’. So:

With 1000 MILLE, there is never an elision. All vowels are always written:

To remember, however, the plural of MILLE, which is irregular: it is written MILA. It will therefore be:

Let’s put some order! The ordinal numbers in Italian 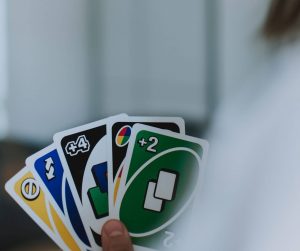 What if we have to use numbers to sort things out? How to say the numbers one, two and three at the end of a race, or tell someone the first time we did something, or even just tell which floor we live on in Italian?

In this case the numbers change and become ORDINAL. Let’s see how they are transformed.

From eleven onwards it becomes simpler: it is necessary to add -ESIMO to the cardinal number, removing the last letter, so we will have:

The only exceptions are the numbers ending in three, where the final vowel does not fall because it is accented (they lose the accent and are therefore written with two ‘E’: 23. VENTITREESIMO, 33. TRENTATREESIMO, , etc.) and the numbers combined with six, which do not lose the ‘I’ -> 26. VENTISEIESIMO).

Remember that ordinal numbers in Italian are real adjectives, therefore they are used in masculine, feminine, singular and plural, preceded by the article (or preposition) of the corresponding gender.

– Dove abiti? Al terzo piano – Where do you live? At the third floor

– La bolletta va pagata ai primi del mese – The bill must be paid early in the month (lit. the first days of the month)

We said that ordinal numbers in Italian are used in all those situations in which we have to put things in order, in particular for the floors of the buildings, for the rankings of sports competitions but also for the first day of the month, the centuries (ora siamo nel ventunesimo secolo/ now we are in the twenty-first century) and for the names of the popes (Francis first).

In the latter two cases, the numbers are usually written as Roman ((XXI secolo, Francesco I), but must be pronounced precisely as ordinal numbers.

It is also common, in the Italian language, to use the ordinal  millesimo/millesima /thousandth to indicate a generic high or infinite number of times in which we do something.

Or you can use a random high ordinal number: for example, during a discussion, you can hear the phrase è la millesima volta che te lo dico”! O la duecentesima, o l’ottantaquattresima! /it’s the thousandth time I tell you! Or the two hundredth, or the eighty-fourth! Because the Italian language is like this: passion and exaggeration even in numbers!

Need a break? Read our LEARNING AND IMPROVING YOUR ITALIAN WITH MUSIC

Italian language classroom courses are back in September!

If you enroll in the Standard Course by August 31, 2020 you get a 15% discount on the morning course.