Posted at 09:31h in Grammar tips by Michela Gatti 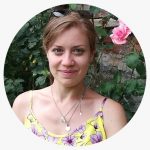 I’m Lucrezia, Italian teacher L27LS in ELLCI, today we will face the imperfect subjunctive together!

Last week we saw the present subunctive, how it is formed and when to use it. Today we continue with the use of the past subjunctive, imperfect and pierced.

To form the imperfect subjunctive, we take the verb infinitely and remove the endings -ARE, -ERE, -IRE.

Irregular verbs are distinguished because the root of the verb also changes.

Other common irregular verbs are:

The imperfect subjunctive serves to express a past action that takes place simultaneously with another action described in the main sentence. usually agrees with the indicative imperfect:

Mia sorella non voleva che noi fumassimo vicino a lei / My sister didn’t want us to smoke to smoke next to her.

The imperfect subjunctive is used in the hypothetical sentences at present, speaking of possibility and impossibility.

Se io vivessi a Venezia, andrei al Lido tutti i giorni d’estate. / If I lived in Venice, I would go to the Lido every Summer day.

Se fossi ricco, mi comprerei un’isola / If I were rich, I would buy an Island

The imperfect (or past) subjunctive is used:

1.after the main sentence with a verb in the indicative present to express a past action, with the typical functions of the indicative imperfect (habit, physical and psychological state, description …)

Penso che Paola, andasse spesso in Francia con la famiglia / I think that Marco used to go to France often when he was a kid

2. after the main sentence with a past tense verb in the indicative mode to express:
2.1. a future action·

Credevo che leggesse il report dopo la riunione / I believed that she would have read the report after the meeting.

Non immaginavo che i tuoi cugini andassero in discoteca./ I didn’t imagine that your cousins were going to the disco.

2.3. a past action, with the typical functions of the indicative imperfect (habit, physical and psychological state, description …)

Ho pensato che Paola, da bambina, andasse spesso in Francia / I have thought that Paola went to France often, when she was a child

Ho pensato che Luca mangiasse al ristorante ogni domenica / I have thought that Luca had eaten at the restaurant every Sunday.