The origin of St Valentine' day in Italy | ELLCI

What’s the origin of Valentine’s day in Italy

What’s the origin of Valentine’s day in Italy

Posted at 13:07h in Arts & culture by Michela Gatti

Per San Valentino la primavera sta vicino (On Valentine’s Day, Spring is close) says the proverb. In the late Middle Ages, when the Julian calendar was in use, Valentine’s Day fell near the spring awakening. February 14 corresponded to the end of the month and the first shoots peeked out from the winter frost. In Italy, in fact, flowers are the most popular gift on Valentine’s day.

There are many versions compared to the origin of Valentine’s Day, which takes its name from the Christian saint and martyr Valentino from Terni. It was established in 496 by Pope Gelasius I, presumably with the aim of Christianizing and replacing the ancient pagan cult of the Lupercali to ingratiate themselves with the rural gods who protected agriculture and the flocks.

During the Middle Ages, it also spread to France and England where it was commonly believed that February 14th marked the beginning of birds mating season.

Italy is one of the most romantic countries in the world, be it for its suggestive landscapes, beaches and inviting food. And also quite well – given the origins of Valentine’s Day. Yet this celebration has not always been so romantic. 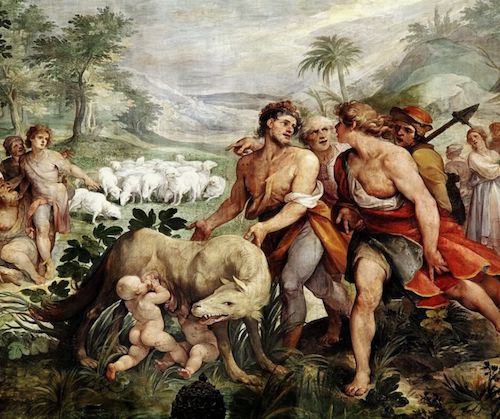 In Roman times, the feast of Lupercalia had a strong religious and symbolic value. February was the month of purification, thanks to the heavy downpours that prepared the earth for the best seasons and the numerous propitiatory rites that were celebrated in this month. February, februarius in latin, derives from the word sabina februa or “purification”.

The celebrations included sacrificial rites and flagellations to propitiate land, men and animals prosperity and therefore prepare for the spring season. The main rite took place near the sacred cave in Luperco, at the foot of the Palatine, a cave where according to legend the famous she-wolf found and nursed the twins Romulus and Remus, the founders of Rome.

The cult of Luperco, a divinity initially identified with the wolf sacred to Mars, later the epithet of Faun (faunus lupercus), and finally assimilated to the god Pan, was so deeply felt that the Lupercalia remained a significant commemoration for the Romans even after the spread of Christianity.

The wild figure of the faun contrasted with the Christian religion whereby the animalistic and instinctive aspect was associated with demons and dark forces.

The rite of Lupercalia also included that the Roman matrons offered themselves, spontaneously and on the street, to the lashes of a group of naked young men, devoted to the wild Fauno Luperco.

In 496 AD, Pope Gelasio I managed to obscure the pagan feast of Lupercalia.  By dropping all its symbolism linked to nature, he successfully transformed 14 February into a feast of romantic love, free from explicit references to sexuality, but still fertile and fruitful, ideally associating it with the protection of Saint Valentine. 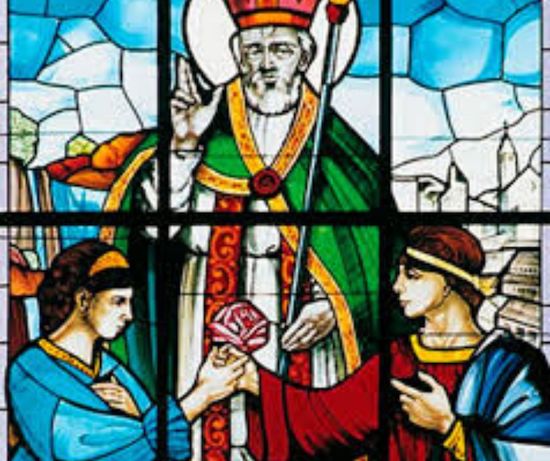 Today there are many legends related to the figure of Saint Valentine. In religious literature, there is a trace of at least three different Saint Valentine and it is not clear whether they are three distinct people or different accounts of the life of the same person.

The most famous is San Valentino di Terni, described as a healer of epileptics and protector of love stories. In fact,  14th February is not only Valentine’s Day but also European Epilepsy Day.

It is said that Valentino was executed because he celebrated the marriage between the Christian Serapia and the pagan Roman legionary Sabino, a union prohibited by Emperor Claudius II.

According to another legend, the saint gave a poor girl the sum of money needed as a dowry. This generous gesture would, therefore, create the tradition of considering the holy bishop Valentino as the protector of lovers. 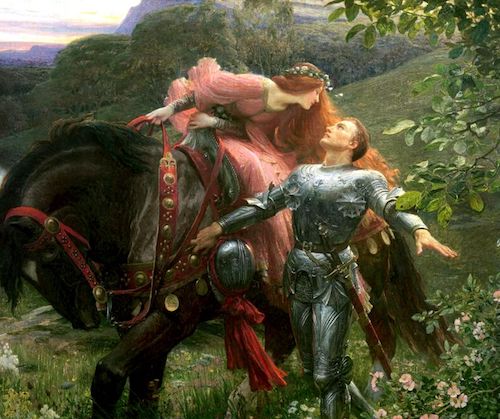 In more modern times, the merit of having consecrated Valentine’s Day as the patron saint of love is recognized to Geoffrey Chaucer, the author of the Canterbury Tales. In the oneiric poem The Parliament of Fowls, about 700 verses, Chaucer associates Valentine’s Day with romanticism and courtly love.

In 1382 Chaucer wrote the Parlement of Foules to honour the first engagement anniversary between King Richard II and Anne of Bohemia when both were only 15 years old. In particular the verses

For this was on seynt Volantynys day, Whan euery bryd comyth there to chese his make.

[“For this was on St. Valentine’s Day, when every bird cometh there to choose his mate.”]

sanctioned the link between the otherworldly and the courtly love that in those years began to spread among the European aristocracy.

Chaucer was not the only medieval author who staged the spring love of birds at the beginning of the year. Although it is not clear who was the first, their poems were all widely known in medieval times and the link between Valentine’s Day on February 14 and the joys of courtly love has strengthened and spread over the centuries. 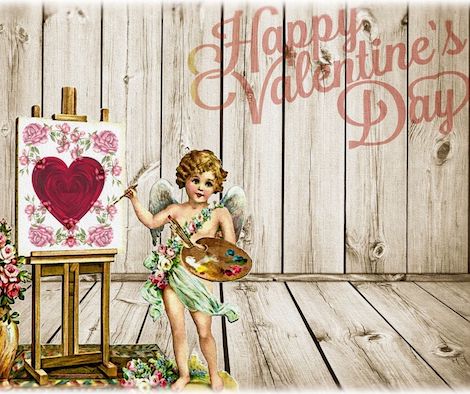 It was only in the eighteenth century that the habit of exchanging gifts and Valentine’s Day greetings took hold. Handmade objects decorated with lace, images of hearts, cupids and other embellishments, flowers and chocolates were the most appreciated gift.

In 1850, from the United States, large-scale marketing of Valentine’s Day began, with mass-produced cards to be exchanged between lovers and friends.

In Italy, you can rediscover the origins of romantic love from landscapes to more romantic cities.

Italian history and literature are full of love stories, star-crossed lovers, courtly love, that are set in some of the most famous cities in the country. Taking inspiration from these couples, travel out to explore the beauty of Italy’s regions. For example

If you want to celebrate Valentine’s Day in the city or in the surrounding area, consult our proposals for day trips from Milan.