Present perfect tense and Imperfect in Italian with exercises | ELLCI

Posted at 10:01h in Grammar tips by Michela Gatti 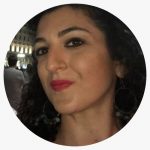 I’m Dalila, Italian L2 / LS teacher in ELLCI Milan. Italian is my passion since the first grade when my dear teacher Francesca taught me the beauty of words in all its forms.

Today we will talk about the difference between the present perfect tense Italian and imperfect tense in Italian, which, as stated at a specialised conference by Roberto Tartaglione, a well-known trainer, is perhaps the most difficult topic to teach. And to learn, I would add.

Other than contrast, as we often call it in grammar … it’s a real war! The rules are there and they are also well established, but on many occasions, a pinch of feeling and intuition must also be included to make the right choice.

Yes, because as we know, Italian is not an exact science, and sometimes we also have to rely on the context in which we use it to decide which expression or time to use.

I can say  “ieri pioveva”/yesterday it was raining or “ieri ha piovuto”/yesterday it rained, or “ti volevo bene”/I used to love you and  “ti ho voluto bene”/I loved you”.

When do I use the imperfect and when the near past? Eh! It depends. 😊

Let’s first brush up on the rules. But always keep this in mind: studying grammar is not enough!
Italian, like all the wonderful languages ​​of the world, must be put into practice by listening, reading, talking, exercising and a little heart.

To master a language you have to listen a lot. Only in this way will you find yourself speaking well without thinking too much!

And now, to us. In general, we must use the passato prossimo – present perfect tense in Italian if our action has started and ended in the past and therefore no longer has ties to the present. Warning: in this case, the action must have taken place only once. For example:

All these actions have happened once. See what happens with the same examples and small-time variations:

In the last three sentences, I used the imperfect because the actions were repeated out of habit. More than once and continuously!

The present perfect also stands out for its use in the lists of actions, that is, for precise actions that occur in sequence one after the other, in this way:

In addition to past experiences carried out frequently, we must also use the Italian imperfect tense  to express two continuous and parallel actions, which occur simultaneously in the past:

⚠ Note: “durante”/ during introduces a temporal proposition, similar to “mentre” / while.. Be careful though: it should only be used with nouns. We say: “mentre leggevo (verb)” while I was reading but “durante la lettura (noun)” /while reading.

How else do we use the imperfect tense? There are at least two more cases to remember:

In descriptions of environments, situations, feelings, emotions, psychology and physical appearance of people. Let’s read for example this small excerpt of the song Guardia ’82 by Brunori SAS, where the author describes an experience of his childhood:

A cantare canzoni, a cercare attenzioni

The red-hot Guardia beach
It was full of people

There was talk of sport

With scoop and bucket

And a hat on my head

And she was without underwear

But I wasn’t even looking at her

I slipped on the armrests and then straight into the sea

I didn’t even know what love was

Ten years later I saw her (I saw her), near a bonfire

And the meat burned and joints burned

I was sitting alone playing the guitar

To sing songs, to seek attention

But she didn’t even look at me

And I pretended nothing

I gulped Peroni and started screaming

Of the pains that only love can give you

When telling about dreams:

The conjunctions perché/ why and “siccome/ since help us a lot in this case:

Lastly, we use the two tenses in the same sentence when we have the encounter of a precise action (near past) with a continuous (imperfect) action. Or as I like to explain better, when a continuous action is suddenly interrupted by another action, and therefore one arrives after the other has already started:

Is it going a little better? Our online courses are available to solve your doubts! And now, three exercises to help you strengthen your knowledge and not forget.